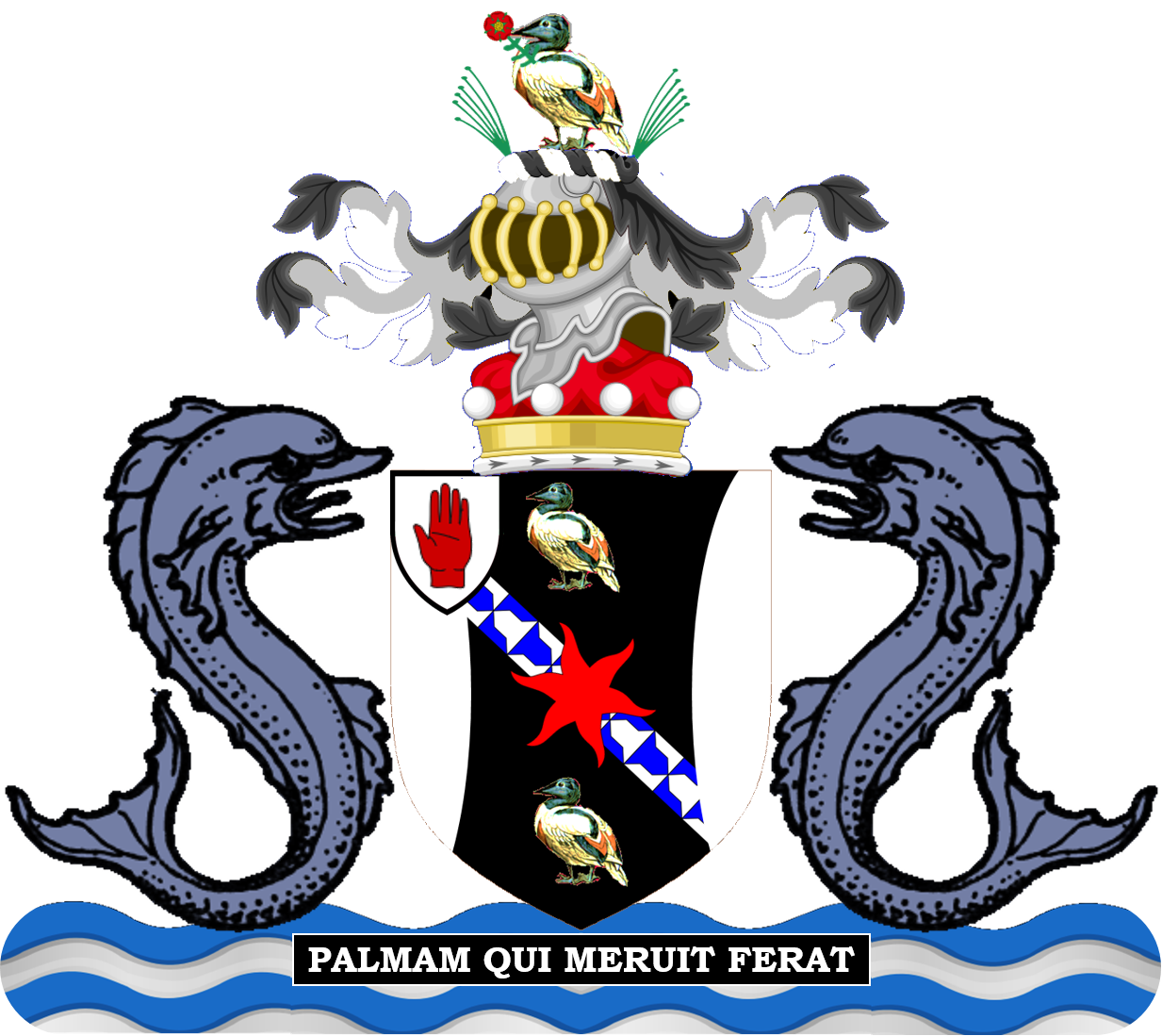 It was through editing Wikipedia that I came to develop an interest in heraldry. Since my scientific and technical education was not yet at the point where I felt competent to edit articles about elements, reaction mechanisms or mathematical proofs. I instead concentrated on my humanities interests. This saw me editing the articles of statesmen and the offices they held. Even here, however, I was primarily devoted to the technical details rather than to the grand sweep. My edits would concern what precedence a certain politician held, the honorific by which they should be addressed and, of course, what would be on their coat of arms.

A medieval system of shield markings for differentiating knights on the battlefield (or at a jousting tournament) may at first appear to have little relation to a discussion of parliamentary elections or ministerial appointment, but heraldry has long outlasted the system of warfare whence it originated, evolving to become a signature and status symbol for people of many professions.

In Britain there is a significant overlap between the armigerous classes and the political community, though of course this is true to varying extents in many other countries also. In earlier times it was the case that high office in parliament, government, military and church was largely reserved for members of royal and noble families who naturally would have possessed armorial bearings. In modern times the direction of passage has reversed somewhat as formerly unadorned statesmen over the course of their careers (and particularly at their retirements), acquire heraldic achievements to reward their political ones.

The upshot is that over the last couple of years I, having run the course of correcting the written details of the biographies of the great and powerful, turned to filling out the visual side of things as well. By a combination of desktop drawing tools, image manipulation and liberal use of the set transparent colour function, I have put together depictions of well over two hundred coats of arms belonging to everyone from the Duchess of Inverness to Heston Blumenthal.

Sometimes the details of a person’s achievement can be frustratingly hard for a penniless amateur to uncover. Sometimes, as in the case of Philip May, press will display an image of a coat of arms but will not include the formal blazon. This means that I can only copy from the photograph to the best of my abilities rather than construct it from scratch. Other times, such as with the late Lord Martin of Springburn, the newspapers will give an informal list of the elements in the arms but will provide neither blazon nor illustration, and therefore it is not possible for me to reproduce the arms at all.

In England, Wales, Northern Ireland and a few other Commonwealth realms, heraldic grants are made by the College of Arms. Their website regularly posts newsletters and articles detailing recent grants and matriculations. A reasonable smattering of these are illustrated and blazoned online, but the majority are simply listed with reference codes, requiring an inquisitive Wikipedian to expend great effort in making a personal inspection – and often pay a fee. In Scotland the same function is carried out by the Lord Lyon Court. Their website was, until late last year, laughably outdated. Even now it is not especially impressive. Similar issues are present there and, though blazons are occasionally published on Twitter, on the whole their output remains a mystery.

Sometimes, the recipients of these new grants are keen to publicise them, whether on their personal websites or on social networks. On other occasions their is no such disclosure. The college’s newsletters often list, without elaboration, peers of the realm and public officeholders who, upon investigation, do not have any significant online presence beyond perhaps their entries on the websites of the organizations which employ them, none of which are prone to including such symbols.

My work in this field was accelerated significantly this August when I came across Cracroft’s Peerage – a website which attempts to detail all of the peers, baronets and other prominent people in the British Isles, including their armorial possessions. The website is far from ideal; the overall design is rather old-fashioned, there are a great many missing or unfinished entries, and an inefficient system of navigation is made worse by the frequency of typing errors in hyperlinks, which make certain pages inaccessible without some ingenuity on the part of the end user. Even so, Cracroft’s has been a boon to my efforts, and I have uploaded over two hundred escutcheons in the last few months based on the information found there.

For a straightforward blazon, the whole process of illustrating, uploading and embedding the arms can be completed in as little as twenty minutes. On occasion, however, the process is slowed by the requirement for more complicated designs, especially if they contain non-standard elements. Roundels, chevrons, annulets, crosses and mullets can be easily created by the shape tools available in most office software. Lions, unicorns, crowns and roses are more complex, but are sufficiently ubiquitous that scavenging them from existing images is not too onerous. Other components, such as the golden fuschias in the arms of Lady Fookes or the crossed pencil and pen in those of Lord Stansgate, proved rather more challenging.

I am far from the first person to contribute to the topic of heraldry on Wikipedia. The Heraldry & Vexillology project has nearly two hundred participants. In my estimation, the most eminent of these is he who goes by the name of Sodacan. He has been active on the Commons for just over ten years and his publications number well into the thousands. If you have ever looked at a coat of arms on Wikipedia – especially if it relates to a member of a royal family or a major organ of state – it was probably made by him. His capabilities in this realm are many levels above mine, for he has constructed from scratch many hundreds of distinct heraldic elements and arranged them flawlessly in many convoluted ways. Testament to Sodacan’s mastery in this field is that his graphics have escaped from the Wikimedia world: UKTV documentaries William & Harry: Brothers In Arms and The Stuarts: A Bloody Reign both prominently featured his art in their title sequences. Were that no enough, the Windsors themselves got in on the act for the two royal weddings in 2018. Sodacan’s representations of the arms of Their Royal Highnesses Prince Henry of Wales and Princess Eugenie of York were used on the orders of service for their respective ceremonies. The Central Chancery of the Orders of Knighthood also prominently displays his picture of the Queen’s arms on their homepage. Disappointingly, none of these bother to credit him. Still, it’s nice to know that even the work of an anonymous hobbyist can make it into high places.