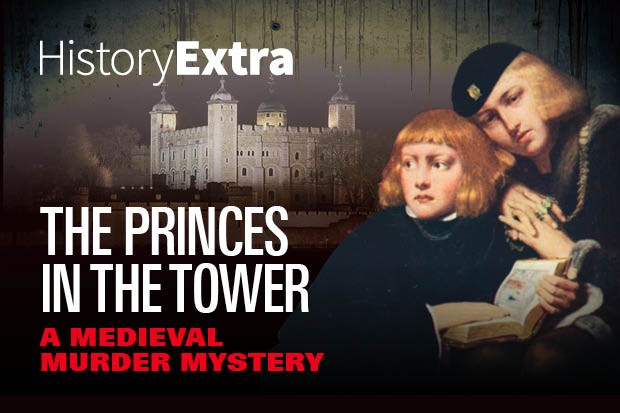 Shortly after mentioning them in a post about someone else, I came across a podcast by History Extra concerning the mystery of the “Princes in the Tower”, meaning Edward V and Richard of Shrewsbury in the Tower of London awaiting what should have been the former’s coronation. As well as the boys themselves, the podcast also investigates the historical reputation of their supposed killer Richard III, formerly Duke of Gloucester.

As the boys simply disappeared without trace in the summer of 1483, nobody can be sure exactly what happened to them. Bones were discovered in 1674 that might have been them, but there were discrepancies between historical accounts and some of the bones were not even human. Our present sovereign has not allowed DNA testing to determine their exact identity. The reason for her reticence is itself unknown, the most plausible explanation being that she fears setting a precedent for historians to tamper with her own remains in centuries to come. Perhaps “the Princess in the Tunnel” will still be an obsession for the nuttier tabloids?

Richard III himself is also hotly contested. Having been painted by the Tudors (and then Shakespeare as a deformed, leering hunchback, he has benefited from later attempts to rehabilitate his reputation, at least relative to the standards of the time. As said in the podcast, the Ricardian phenomenon is at least as intriguing as the life of Richard himself, or indeed his royal nephews.

Today I found a podcast series about Richard III by Matt Lewis.