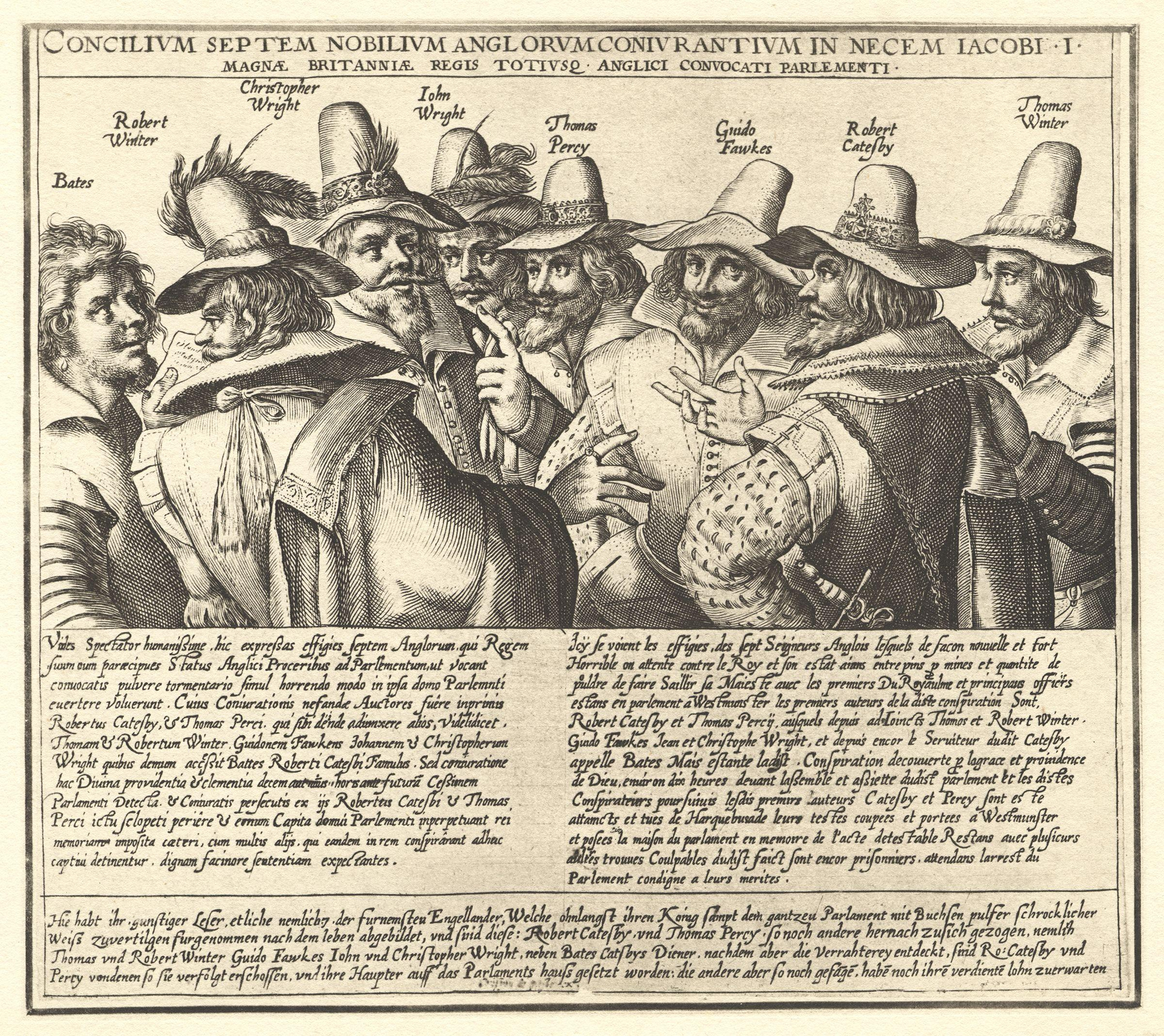 Earlier this evening I attended yet another virtual lecture, this time by Martin Goldstraw for the Yorkshire Heraldry Society. As the title implies, the lecture concerned the attempt by a group of Catholic conspirators on 5th November 1605 to thirty-six barrels of gunpowder beneath the Palace of Westminster while James I was performing the state opening of Parliament, then provoke a revolution which would install his daughter Elizabeth (later Queen consort of Bohemia) as a pro-papist successor to the throne.

Goldstraw spoke at length about each conspirator in turn, giving not just the blazon of each man’s armorial bearings but also background details of the lineages through which he acquired them. He had digitally illustrated a great many of their shields himself and for this was lauded by many in attendance, but confessed that there were many other artists of ability far beyond his. I tried to plug my own uploads for Wikimedia Commons though I’m not sure if anyone noticed.

After the presentation had finished there was the usual question & answer session. This included some joking about whether Bridlington (where Goldstraw’s sister lived) was part of Yorkshire or “North Humberside”, which prompted Malcolm Lobley (Honorary Treasurer) to talk about the East Yorkshire signs being put up by residents sick of the Humberside name. That the transition took place twenty-five years ago appeared to have slipped his mind.

The College of Arms usually publishes quarterly newsletters in January, April, July and October. Last year it was just January and October. When they didn’t publish an April edition this year either I asked if if this represented a permanent change, but the York Herald (Peter O’Donoghue) reassured me that the college intended to revert to normal after the COVID setbacks of passed. Now, perhaphs for the first time ever, a May edition has been released. Usually my primary interest when reading these is to find an exemplification and blazon for at least one person who has a Wikipedia page. The star in this latest edition is Sir Ciarán Devane, chief executive of the British Council since 2015. Also mentioned, though frustratingly not elaborated, were grants of arms to the Baroness Stuart of Edgbaston and Lord Justice Leveson.

The head of the college is the Garter Principal King of Arms, an office held since 1st April 2010 by Thomas Woodcock, who must retire upon his seventieth birthday tomorrow. His successor has not yet been named. The two assistant kings of arms have also retired recently, as noted in the newsletter.

1 thought on “The Gunpowder Plotters – Gentlemen all”