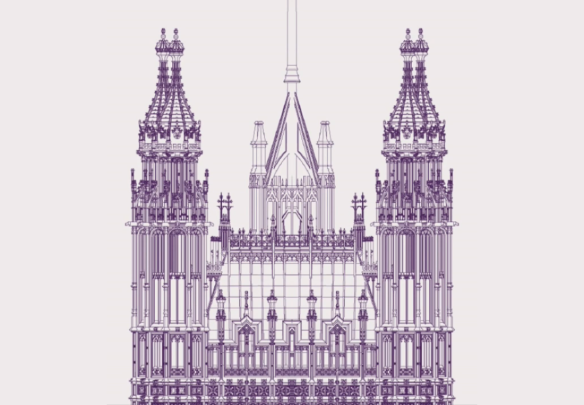 Today’s Zoom meeting was with the charity Transforming Communities Together, concerning the Restoration & Renewal programme for the Palace of Westminster.

James, our host, asked his small group about our reasons for joining him. I replied that I was not professionally affiliated with the project but followed politics (and occasionally architecture) as a hobby. I also referred to my father’s ownership and ongoing restoration of Paull Holme Tower.

The presentation began with a brief virtual tour of the premises and an explanation of the role of MPs. James asked us if we had ever met our member of Parliament. I responded that I had never met with my own, but had met several others – Diana Johnson, Alan Johnson, Victoria Atkins and Lia Nici.

Much of the conversation focused on ways to make Parliament more accessible to the public – with participants requesting a hearing loop and better wheelchair routes. I recalled my parents’ experience opening the tower to the public, finding that tours had to be stopped due to the unsafe medieval staircase which could not be brought up to code without substantially altering the original fabric of the building and thus rather defeating the objective. Another participant responded that it was all about money.

On a related note, it was announced on Wednesday that Parliament had launched a new website for its heritage collections. The new site provides detailed galleries and records of all the palace’s artworks, furniture and fittings. I appreciate the idea but so far I have been a little disappointed by how many items have their illustrations missing and the range of records not quite being as wide as expected, but hopefully in time that will be resolved.