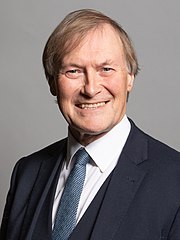 James Brokenshire was not the most high-profile of British politicians. Overall he spent sixteen years in the House of Commons, including seven years as a junior minister in a senior department and three as the senior minister in two junior departments, twice having to resign from the government due to the lung cancer which ultimately ended his life earlier this month. Even so, the fact that he had been a cabinet minister, the relatively low age at which he passed and the level of public fear surrounding cancer, one would reasonably have thought it unlikely that his demise could be outdone in the eleven days before the house was to meet again. Then, to the shock of the nation and world, Sir David Amess was stabbed to death. MPs were already due to return from the conference recess today, but scheduled business in both chambers was abandoned in favour of tributes to Amess, with a service following in St Margaret’s Church. Brokenshire’s tributes have been postponed to Wednesday.

Something similar happened during the Easter recess – the death of Dame Cheryl Gillan on 4th April and of the Baroness Williams of Crosby* on 11th would have been the principal concern of their respective houses, had not the Duke of Edinburgh died on 9th. In that instance it was the social and constitutional rank of the departed that determined priority of mourning rather than the manner of death.

The most obvious comparison, made frequently by those who have spoken publicly in the last few days, is to the murder of Jo Cox a week before the EU referendum. There has even been a move to design a shield of arms for Sir David and place it on the chamber wall next to hers. Of course, the two victims had very different profiles – Cox was a Labour woman who supported remaining in the EU, Amess a Conservative man who favoured leaving. This is reflected in the different profiles of their killers – Thomas Mair was a white supremacist with links to the English Defence League, Ali Hari Ali is said to be of Somalian heritage and a suspected Islamist.**

Also distinguishing the two victims is the time they had spent in politics. As I mentioned before, Jo Cox was not well-known to the general public, having only begun her tenure in the House of Commons thirteen months prior. She could well have joined the shadow cabinet in the mass reshuffle later that month, and by this point she might even have been a contender for the party leadership, but back then she was a much a footnote as most of the other MPs from the 2015 intake. Part of what made her death so tragic was precisely that she died so young and so early in her political career, with so much potential thereby wasted. Amess, by contrast, had been an MP for almost long as the average Brit has been alive. Though never a minister, he was a creature of the house, serving on many important if low-profile committees as well as being involved in numerous campaigns and publications. Most in the political sphere knew his reputation, in contrast to Cox who was something of a cipher.

More broadly, the country must acknowledge the worrying frequency with which politicians and their entourages have been attacked (whether or not the attack succeeded in killing the victim) in recent decades, and consider how this can be rectified, both in terms of personal security to defend from those with evil motivations, and in the public attitude to politics that would encourage such evil in the first place. As the pandemic has shown this year and last, the kind of openness and accessibility required of parliamentarians can also be very dangerous to them in person, yet to abandon it can be very damaging to democracy as a whole.

**Almost immediately upon the announcement of the attack and the description of the attacker as a “British national” there were people denouncing immigration policy and calling for border closure.