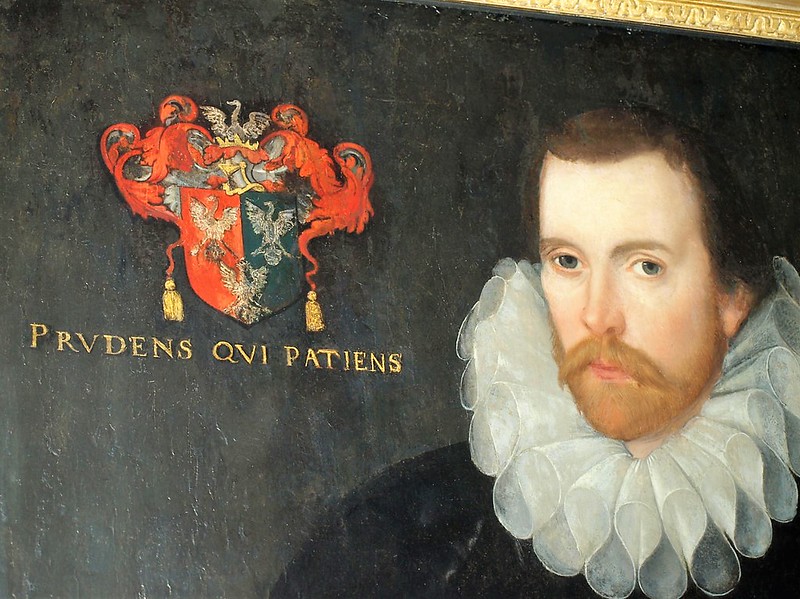 Almost three years ago I constructed, for Wikipedia, a list of all the coats of arms borne by Speakers of the House of Commons. That list covered the lower houses of Great Britain (1707-1800) and the United Kingdom (1801-present). Finding sources for the later incumbents was difficult – quite a few were missing from Burke’s and Debrett’s, so I had to get creative in looking for visual evidence, often relying on photographs from corporate events at Speaker’s House.

A few weeks ago the heraldic artist Baz Manning, whose photographs from Lincoln’s Inn I had already used for a similar page about Lords of Appeal, contacted me to say that he had taken extensive photographs inside the Palace of Westminster of the speakers’ arms, and would be uploading those on Flickr too. Not content with merely documenting those speakers who served since the Acts of Union, he had photographed the shields commemorating just about every speaker since the age of Henry III. It was therefore only natural that I should make a Wikipedia list for them as well.

In addition to these photographs I had written the written source of the 1850 book The Lives of the Speakers of the House of Commons by James Alexander Manning (Related? I’ll have to ask.), which I had already used for the earlier entries in the British list. The relative ease of accessing these compared to what I had before meant the prequel was much more easily accomplished than the original.

That is not to say that there were no difficulties, however – whereas speakers from the Georgian age onward generally served a good number of years in the green chair before ascending to the red bench*, in medieval to Stuart times their tenures were often very brief – indeed, the legislatures themselves were often only in existence for a few weeks. It was also much more common for members to serve non-consecutive terms, which means confusion about how to arrange their entries.

A particularly knotty problem is that many of these men lived and died in an age long before English spelling was nailed down, which means tricky decisions on what to actually call them (e.g. Guildesborough or Goldsborough, Broke or Brooke). Another is that different sources often contradict each other as to what exactly their armorial bearings were, Baz even pointing out quite a few instances where the painted shield on the wall does not conform to the blazon in the grant, or when there are two separate illustrations that are not in agreement.

Still, the page is up, and unlike last time it does not appear that I will be stuck waiting months for review and clearance, so I’m counting this as a success. It remains to be seen if one more armorial page can be squeezed out of this topic. Obviously the old Parliament of Scotland had no elected speaker (being unicameral and chaired by the Lord Chancellor much like the House of Lords), but the House of Commons of Ireland before 1801 had one much like its English counterpart. I will have to see if a similar gallery of painted shields is maintained at College Green, and if any other budding heraldists have been able to photograph it.

*Only five speakers of the English House of Commons ever ascended to the peerage, whereas only ten speakers of the British house have not, and several of them died in office. Quite a lot of English speakers were at least knights or baronets, though that introduces the further difficulty of finding out if each one was knighted before or after their time in office.